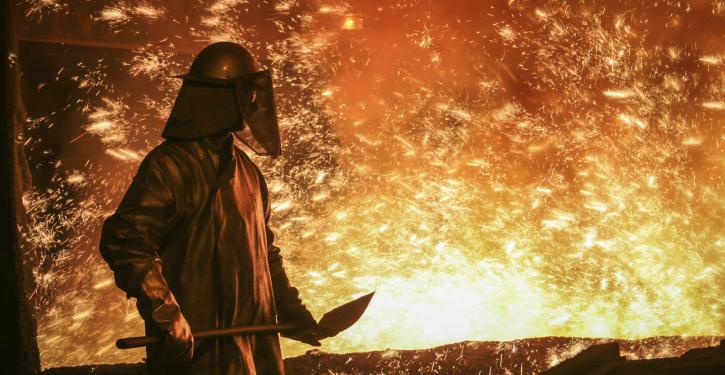 European industry fears losing export competitiveness. (Image: Salzgitter AG)
Brussels (energate) - The European industry umbrella organisation Aegis Europe sees the export competitiveness of its members endangered by the new CO2 import border adjustment system CBAM. The CBAM was proposed by the EU Commission in July 2021 to prevent a shift of CO2 emissions to non-EU countries (energate reported). It would initially apply to EU imports of iron, aluminium, steel, cement, fertilisers and electricity, starting in 2026. In turn, the free allocation of CO2 allowances to these sectors is to be phased out by 2035.

As was made clear at an Aegis video conference, however, the sectors concerned see their exports at risk as a result of the CBAM. "We need an export solution," said Axel Eggert, Director General of the European steel association Eurofer. This could consist of extending the free certificates to EU exports or granting export aid in the form of export refunds. The latter are issued, for example, when world market prices are below the EU level. According to a legal opinion, both would be in conformity with the rules of the World Trade Organisation, says Eggert.

This would not have made economic sense, either, according to De Micco. An impact assessment had shown that the CBAM would only reduce the exports of the sectors subject to it by 4 billion euros by 2030, while their imports would drop by 9 billion euros, which is much more. The export losses would therefore be more than made up for by import substitution. In the long run, the advantage for the sectors would be even greater, because the companies would gain a competitive edge over companies in third countries through climate-friendly investments. Moreover, imported CBAM products that are only refined in the EU in order to be re-exported are not subject to the CO2 border adjustment levy.

The 27 EU finance ministers had voted unanimously in mid-March to introduce the CBAM (energate reported). The EU Parliament has not yet taken a position on the CBAM, but is due to do so in early June. First, the lead Environment Committee (ENVI) will vote on it on 16 May. /rl