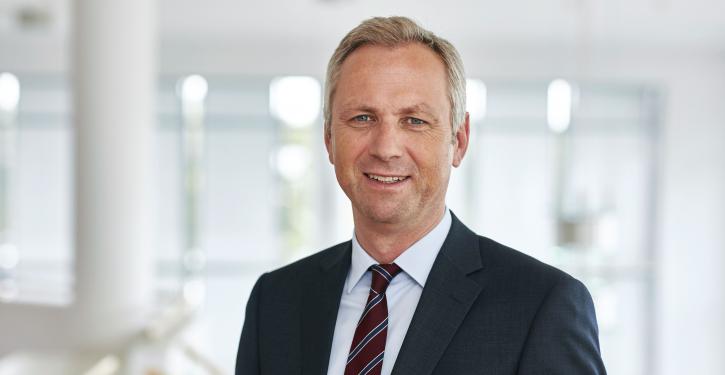 Hansewerk's CEO Matthias Boxberger is focusing on the topics of grid expansion and hydrogen. (Image: HanseWerk AG)
Quickborn (energate) - The energy service provider Hansewerk, headquartered in Quickborn, intends to invest well over one billion euros in security of supply and climate protection over the next three years. To this end, the energy service provider wants to further expand the grid, among other things - in order to pave the way for the foreseeable boom in photovoltaics, said CEO Matthias Boxberger in a press briefing. In addition, Hansewerk will participate "massively" in the expansion of the hydrogen economy and reduce its own CO2 emissions. Hansewerk AG, together with its subsidiaries SH Netz, Hanse Gas, Hansewerk Natur and Elbenergie, intends to invest between 380 and 400 million euros per year in the energy networks and their digitalisation over the next three years.


The background to this announcement is, on the one hand, that Hansewerk expects 280,000 electric cars and 100,000 additional heat pumps in Schleswig-Holstein in the future. In addition, the number of applications for feed-in with photovoltaic systems had more than doubled in the first four months of this year compared to 2021. "The dimensions we have now will require spatially significant grid expansion with large outputs and substations," Boxberger said. He calls for politicians to plan the expansion of renewable energies together with grid expansion from now on and to approve them in an interlocked manner.


Hansewerk is also focusing on the mega topic of hydrogen and is currently founding a joint venture together with Avacon AG, whose goal is to develop several hundred MW of electrolyser capacity and the necessary renewable energy capacities for this by 2030 (energate reported). "We can see enormous growth potential and want to drive decarbonisation in northern Germany as part of the hydrogen and green gas initiative," said Jan Gratenau, head of hydrogen and renewables at Hansewerk. There is a need for renewable energies and hydrogen in industry and heavy goods traffic, for example.

As part of the energy transition project "Norddeutsches Reallabor", Hansewerk is planning to build a 25 MW electrolysis plant in the port of Hamburg to produce green hydrogen for industrial and mobility applications. In addition, Hansewerk, together with the hydrogen specialist Hypion, has started the construction of five mobility centres with hydrogen filling stations for heavy-duty transport. "Although we have the best prerequisites for green hydrogen here in the north, we have been slowed down for a long time," Gratenau complained. The EU's very high requirements for the green electricity used are to blame. Politicians have to act here in order not to stifle the hydrogen industry that is now emerging. /df