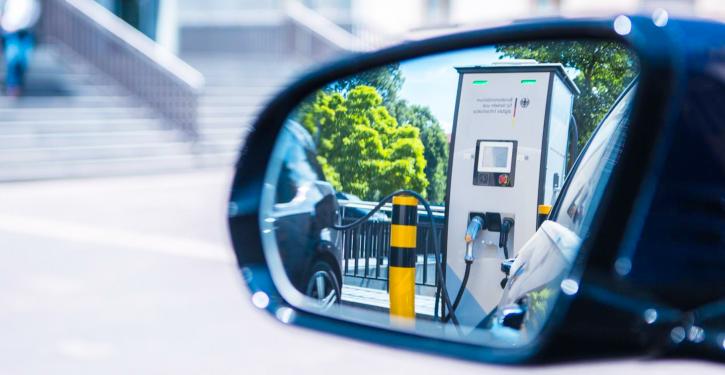 The Ministry of Transport is aiming for higher purchase incentives for electric cars. (Image: Bundesministerium für Digitales und Verkehr (BMDV))
Berlin (energate) - Germany's transport minister, Volker Wissing (FDP), wants to massively expand subsidies for the purchase of electric cars as a climate protection measure. In doing so, he is opposing plans by the Federal Ministry of Economics, led by the Green coalition partner, which wants to significantly reduce the premiums from next year and even completely abolish them for plug-in hybrids. But Wissing has a problem in his department: the transport sector has repeatedly failed to meet the CO2 emission targets set out in the Climate Protection Act. For the immediate climate protection programme that the federal government plans to present soon, he must now show how his department can still achieve the targets (energate reported).

Wissing is apparently counting on a massive increase in purchase incentives for electric cars, which are to rise from 6,000 to up to 10,800 euros and be available by 2027, reports the Handelsblatt newspaper with reference to a government report that is to evaluate the measures of the individual ministries to close the emissions gap. According to the report, the manufacturer bonus of 3,000 euros will be added to the 10,800 euros. Unlike economics minister Robert Habeck (Greens), Wissing also wants the premiums for plug-in hybrids to run until 2024. Wissing's plans also contradict the coalition agreement, which envisages the expiry of subsidies for electric cars by 2025. The coalition government wants the number of electric cars in Germany to rise to 15 million by 2030.

The Ministry of Economics did not want to comment on Wissing's proposal at first. On 9 May, a spokesperson pointed out that the proposals of those ministries that have failed to meet their CO2 targets would first be examined by the state secretaries and then by the ministers. Later, associations and finally, as provided for in the Climate Protection Act, experts would be involved to assess the effectiveness of the measures. "The point is to ensure that the funds are used efficiently," he stressed.


Stefan Gelbhaar, transport policy spokesman for the Greens in the parliament, said it was good that the transport ministry was now recalculating further measures itself. "Individual proposals will then have to be discussed," Gelbhaar said. But he pointed out that for his party an expansion of public transport is an essential component of the transport turnaround. The German environmental organisation Deutsche Umwelthilfe (DUH) was more critical. It believes that the transport minister's plans would cost another 73 billion euros but only save 4 million tonnes of CO2 per year - less than could be achieved with a speed limit. "The minister is doing the wrong thing and preventing everything that would be right," said executive director Jürgen Resch. He announced that his organisation would file a climate protection lawsuit if the plans remain in place. /kw