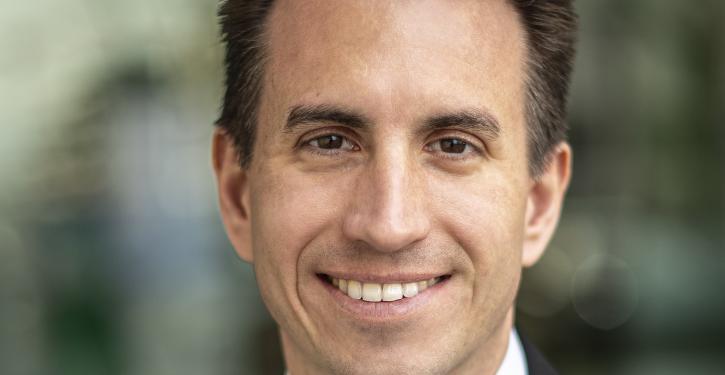 Christian Mildenberger is managing director of the NRW Renewable Energies Association. (Image: LEE NRW)
Düsseldorf (energate) - On 15 May, a new state government will be elected in North Rhine-Westphalia. The NRW Renewable Energies Association (LEE NRW - Landesverband Erneuerbare Energien NRW) is already calling for a new dynamic in climate and energy policy. In view of Russia's war against Ukraine, the new state government must give absolute priority to the expansion of renewable energies from day one and commit to renewables as a central economic factor, executive director Christian Mildenberger demanded. This is the only way North Rhine-Westphalia can achieve climate neutrality by 2045 at the latest.

In a 15-page position paper, the state association calls in particular for sufficient land to be made available. For this, at least two per cent of the state's area would be needed for wind energy and one per cent for open-space photovoltaic plants. In addition, planning and approval processes should be accelerated, hydropower should be significantly expanded and more use should be made of bioenergy. For the heat transition in North Rhine-Westphalia, the potential of geothermal energy must also be massively utilised, according to the association. The paper also deals with hydrogen, electromobility, digitalisation and the elimination of the shortage of skilled workers, among other things. /ck

Which party in NRW comes closest to your ideas with its energy policy concept? Take the energate election check.