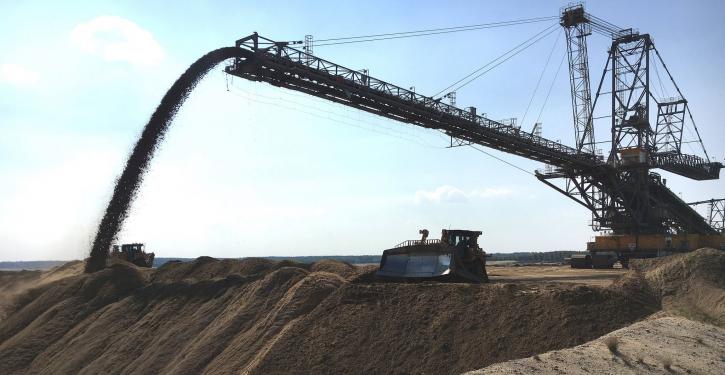 Following a ruling by the OVG, Leag can continue its opencast mining activities in Lusatia. (Image: Leag)
Cottbus (energate) - LEAG has won the right to continue its opencast lignite mine in Jänschwalde, Brandenburg, at least for the time being. The Higher Administrative Court of Berlin-Brandenburg (OVG) recently upheld an appeal by the power plant operator against a ruling by the Cottbus Administrative Court. The court had ruled in mid-March that opencast mining in Lusatia had to be stopped with effect from 16 May 2022 (energate reported). The OVG justified the new ruling in favour of LEAG also with regard to the geopolitical situation.

The discontinuation of opencast mining operations would be associated with serious disadvantages for the public interest, the court said in a statement. This also applies in view of the war in Ukraine, which endangers the energy supply in Germany. Thus, Leag may continue to operate the opencast mine in Jänschwalde. "The decision of the OVG means relief for our colleagues in the Jänschwalde opencast mine," commented LEAG mining board member Philipp Nellessen in an initial reaction to the ruling. If the ruling stands, the operating permit will expire in 2023. However, the OVG decision has not ended the legal dispute. The case is now still under the jurisdiction of the Cottbus Administrative Court.


Dealing with groundwater as the bone of contention


The environmental and nature conservation associations Deutsche Umwelthilfe (DUH) and Grüne Liga (Green League) had obtained the stop of opencast mining, which has now been revised for the time being. They accuse LEAG of having pumped out significantly more groundwater in Jänschwalde than permitted for a long time. The associations had therefore filed an urgent application against the water law permit for the opencast mine, which the State Office for Mining, Geology and Raw Materials (LBGR) had already granted in 1996. /pa