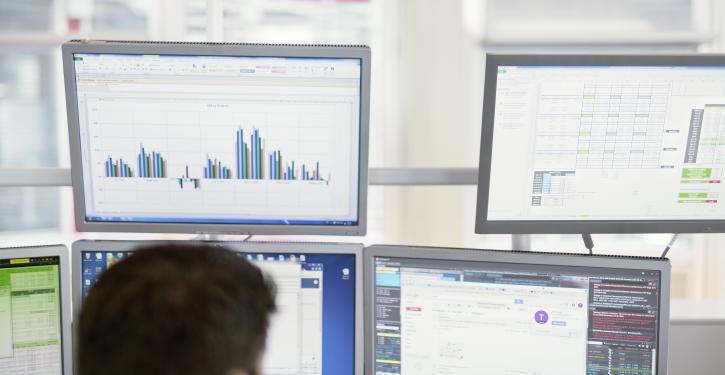 In the first quarter, Uniper said it had foregone income from gas trading in favour of later profits. (Image: Uniper)
Espoo/Düsseldorf (energate) - The Ukraine war and its consequences continue to put Uniper under pressure. While the Düsseldorf-based energy group confirmed its deep-red first quarterly balance sheet for 2022, the Finnish parent company Fortum initiated billion-dollar write-downs on its Russian activities, including Uniper's Unipro division. The Finnish state-owned company announced that the changed geopolitical situation would burden Fortum's balance sheet with pre-tax write-offs of 2.1 billion euros. According to the statement, 1 billion euros of this relates to the Uniper loan for the halted Nord Stream 2 Baltic Sea pipeline and a further 600 million euros to Uniper's Russia division Unipro. The Finns announced the complete quarterly balance sheet for May 12.


Uniper itself had fallen deep into the red in the first quarter due to write-downs on Unipro and the Nord Stream 2 Baltic Sea pipeline (energate reported). The management has now confirmed the results, which were previously only preliminary. According to the report, the write-offs led to a net loss of 3.1 billion euros. Without these special effects, a loss of 615 million euros remains at the group level. Meanwhile, the operating business posted a loss of 829 million euros after interest and taxes (Ebit). In the same quarter of the previous year, Uniper had reported Ebit earnings of 721 million euros. Uniper attributes the latter primarily to its strategy in gas trading. This would shift profits missed in the first quarter later in the year because the group initially sold less gas from its storage facilities, explained Uniper CFO Tiina Tuomela. "We have deliberately made this shift in earnings to take advantage of market opportunities and create additional value," she affirms. /pa