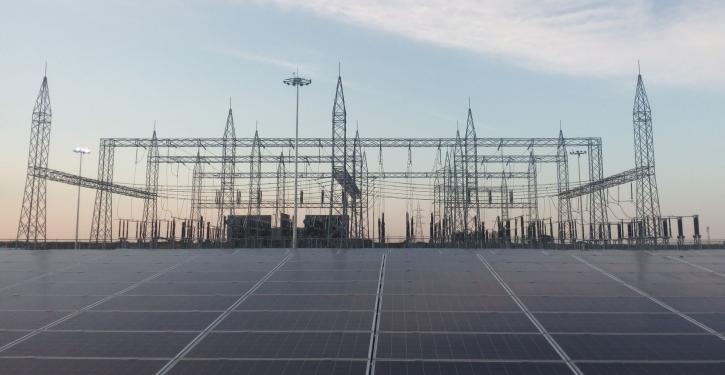 India wants to massively expand renewable energies and become a major exporter of green hydrogen. (Image: ABB)
Berlin (energate) - Federal economics minister Robert Habeck (Greens) and Indian Energy Minister R.K. Singh have agreed on hydrogen cooperation. Both countries want to cooperate closely in the areas of production, processing, application and transport of green hydrogen, the Ministry of Economics announced. Due to the good conditions for the production of renewable electricity, India could become an important production location for green hydrogen worldwide in the long run. Electrolysers developed by German companies could also be used there in the development of a green hydrogen economy.

Both countries want to set up a task force within the Indo-German Energy Partnership, the Indo-German Energy Forum. The task force is to establish a close network between government, industry and research institutes. Furthermore, Germany and India want to develop a roadmap with joint measures to support the market ramp-up of green hydrogen. The focus will be on promoting public and private investment in the production, transport and consumption of green hydrogen and its downstream products. Habeck called the agreement a milestone in reducing dependence on fossil fuels.


During the Indo-German intergovernmental consultations, both countries also agreed on a partnership for green and sustainable development. Co-chaired by German Chancellor Olaf Scholz (SPD) and Prime Minister Shri Narendra Modi, they recognised a shared responsibility for protecting the planet and for collaborative, sustainable and inclusive growth. Both heads of government emphasised that Indo-German cooperation is guided by the commitments of the Paris Climate Agreement. Germany pledged aid to India of at least 10 billion euros by 2030. /ck