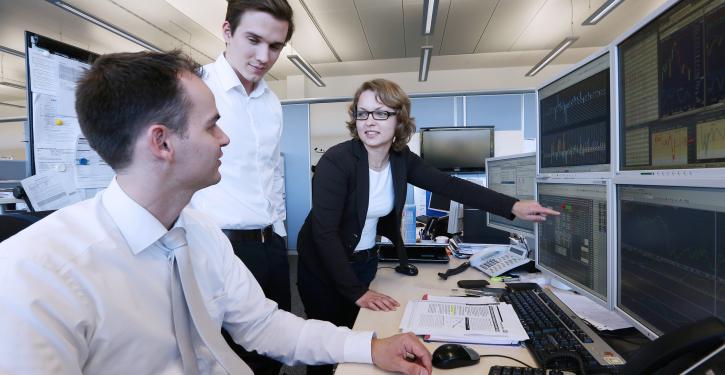 Despite winning a bid in the EEG auction, MVV has waived EEG remuneration. (Image: MVV Energie AG)
Mannheim (energate) - MVV Energie AG has commissioned a solar park in the Swabian Jura region, foregoing EEG (Renewable Energy Act) compensation in the process. The plant in Bremelau in the district of Reutlingen has an output of 16.5 MW and is financed via a PPA concluded by project developer Juwi with its sister company MVV Trading over a period of ten years. The solar power generated will "successively contribute to greening the electricity requirements of numerous MVV customers", the Mannheim-based utility announced. "It is noteworthy that we are foregoing EEG compensation for this project, even though we had been awarded a contract in a tender round by the Federal Network Agency," explained Juwi's CEO Christian Arnold. MVV plans to be climate-neutral by 2040 and presented the Mannheim Model (energate reported), which consists of the three building blocks of a heat turnaround, an electricity turnaround, as well as green products and solutions for customers. /pf