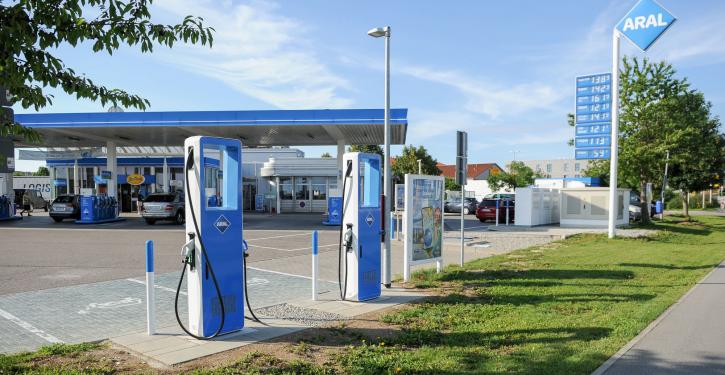 According to a Bitkom survey, hardly any more Germans want to switch to an e-car despite increased petrol prices. (Image: Aral)
Berlin (energate) - Despite high petrol prices, interest in electric cars is hardly increasing. Currently, twelve percent of all German households are considering buying an electric car in the next two years. In January - before the war in Ukraine - the figure was ten percent, according to a representative population survey by the digital association Bitkom.

Germans are apparently still not impressed by the sharp rise in fuel costs: the question of whether price was a decisive factor for whether to buy an electric car was answered with "yes" by just eight per cent. Fifteen per cent said that the price increases at the petrol pump "partially" influenced their consideration of switching to an alternative drive. The vast majority, however, had already decided to take this step beforehand.

Bitkom sees a need for action in view of the goal of becoming less dependent on Russian energy imports: the high prices at the petrol station have become a burden for consumers. "We therefore need a rapid expansion of e-mobility, charging infrastructure and intermodal and digital mobility as a whole," demands Bitkom's CEO Bernhard Rohleder. Federal transport minister Volker Wissing (FDP) has announced further measures before the parliamentary summer recess in mid-July (energate reported). /dz