Wissing: Master plan for charging infrastructure to be presented before summer break 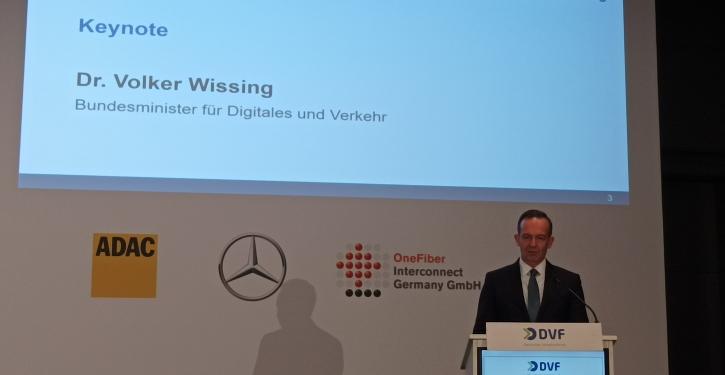 Charging should become "as easy as refuelling", affirmed Volker Wissing (FDP) at a DVF event. (Image: Nils Eckardt/energate)
Berlin (energate) - Federal Transport Minister Volker Wissing (FDP) would like to have the second master plan for charging infrastructure adopted by the cabinet before the parliamentary summer recess from mid-July. He said this at the members' meeting of the German Transport Forum (DVF) in Berlin. The plan is to define targets and measures for the expansion of the charging infrastructure (energate reported). It is not only about public charging facilities for electrically powered cars but also for other electric vehicles, the minister added. Charging should become "as easy as refuelling". This is the only way to awaken people's "desire" for electromobility. This is necessary wherever electric mobility solutions are practicable. In this context, he also reiterated that he wanted to pave the way for Germany to become the lead market for electromobility by 2030.


Technology openness should be preserved


Irrespective of the political measures to promote electromobility in Germany, Wissing once again emphasised that he would stick to the principle of technological openness in the conversion of transport to climate-friendly drive systems. This is because there are different, more sustainable alternatives for certain applications. He referred to a representative DVF survey conducted at the beginning of April, according to which 78 percent of those questioned did not believe that Germany would achieve its climate targets for 2030 in the transport sector. /ne