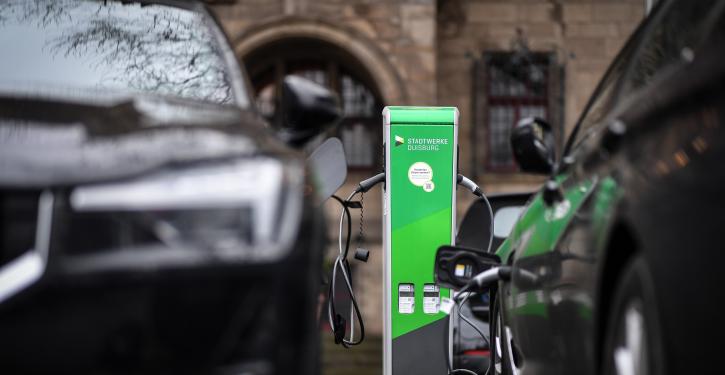 
Helmut Dedy, chief executive of the German Association of Cities and Towns (Deutscher Städtetag), takes a similar view: "The cities alone cannot develop the e-car charging network," he said. Filling stations, retailers, housing companies and fleet operators would also have to join in. The draft of the new master plan for charging infrastructure provides, among other things, for binding targets for public charging facilities that municipalities are to meet in the future. The plans of transport minister Volker Wissing (FDP) were announced in March (energate reported).

The representatives of the two municipal associations emphasised the importance of electromobility. According to the managing director of the Association of Towns and Municipalities Landsberg, the development of a charging network is an "important task for society as a whole". The resulting burdens must therefore be shared equally. Dedy points out that cities are already designating locations for charging stations at the roadside. The federal and state governments must continue to support the development of these facilities, said the managing director of the German Association of Cities.


BEM: Attitude of the municipalities is "shameful"


The Federal Association of E-Mobility (BEM) disagrees with the attitude of the Association of Cities and Municipalities: BEM President Kurt Sigl called it "shameful" and "behind the times". Of course, municipalities do not have to take over the operation of charging stations, Sigl continued. "But they must become active in enabling and shaping electromobility," the BEM's president demanded.


According to the Federal Network Agency, around 59,000 public charging points were in operation as of 1 April, of which around 8,700 were fast charging points. Analysts from KfW Research recently warned of problems for e-mobility, as the stock of e-cars is growing three times faster than the charging network (energate reported). The German government wants to connect one million charging points to the grid in Germany by 2030. /dz