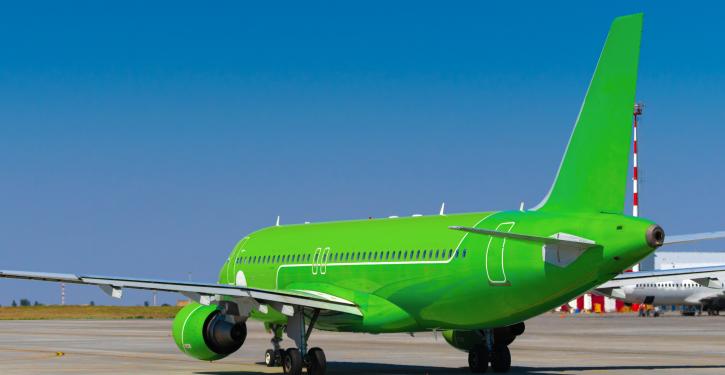 From 2026, EDL wants to produce sustainable paraffin in Leipzig and make aviation greener. (Image: FabrikaPhoto)
Leipzig (energate) - The Leipzig-based plant manufacturer EDL wants to produce green paraffin on an industrial scale. A plant for this is now to be built near Leipzig as part of the "HyKero" project. The company is aiming for an output of 50,000 tonnes per year. The investment volume is around 700 million euros, the plant manufacturer announced. Production is scheduled to start in 2026.

The e-kerosene is to be produced in a power-to-X process. The raw materials are biomethane, green electricity and water. By means of electrolysis, green hydrogen and synthesis gas will be produced - and finally green fuel. According to EDL, the process is climate-neutral because all by-products are reused within the plant. The choice of the production site in the Leipzig district goes back to the "LHyVE" project, which EDL is pursuing together with the long-distance gas network operator Ontras and the Leipzig municipal utilities. The three cooperation partners want to establish a green hydrogen value chain around Leipzig and turn the region into a hydrogen centre (energate reported). /bo