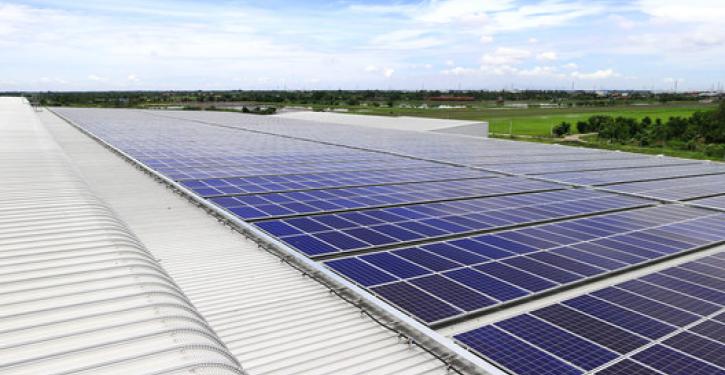 For the production of the electrolysis hydrogen, EDF wants to use, among other things, green solar power, but also nuclear power. (Image: EDF)
Paris (energate) - The French EDF Group wants to build up electrolysis capacities of 3,000 MW worldwide in the coming years. This is the aim of the "Hydrogen Plan", which the group has set itself until 2030. This will involve investments of between 2 and 3 billion euros, EDF announced. The hydrogen projects are to be developed in the form of industrial partnerships. In addition to direct electrification, low-CO2 hydrogen produced by electrolysis plays an important role on the way to climate neutrality, the company emphasised. Here, EDF mentions above all the transport/mobility and industry sectors. For the production of low-CO2 hydrogen, the group refers to its "low-CO2 electricity production" from renewable energies and nuclear power. "With our ambitious plan and by contributing our expertise and know-how, the EDF Group wants to contribute to the emergence of a strong and innovative European hydrogen industry," said EDF CEO Jean-Bernard Levy. /tc