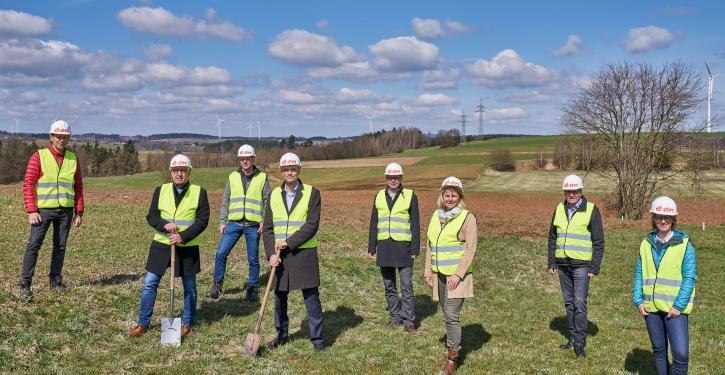 The solar park in Arzberg, Upper Franconia, is scheduled for completion in the summer. (Image: E.ON)
Arzberg (energate) - The energy company Eon has broken ground for its new solar park in Arzberg, Upper Franconia. A ground-mounted photovoltaic plant with an output of almost 9 MW is being built on around eight hectares in the town in the district of Wunsiedel in the Fichtelgebirge. According to the company, the solar park will be able to supply more than 3,500 private households with green electricity from the region. Completion of the solar park, which is adjacent to the " ...