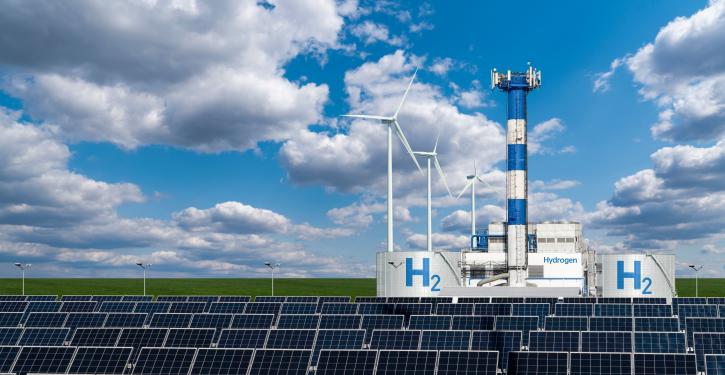 Because of the high solar radiation, hydrogen can be produced comparatively cheaply with solar power in Chile. (Image: ProChile)
Santiago (energate) - Chile continues to position itself as a potential hydrogen supplier for Europe. The South American country wants to create an export corridor for green hydrogen to Europe in cooperation with the Netherlands. To this end, the "H2 Mission" is taking place in Chile in January with some major players in the European energy sector. Together with companies such as Engie, Total, Siemens, RWE, Linde or Statkraft, the project participants want to discuss the necessary framework conditions for an export-import corridor for clean energy between Chile and Europe. The port of Rotterdam is to play a central role in this, said Pro Chile, the government agency responsible for the country's international promotion. In addition to a future supply chain of green hydrogen, questions of certification, regulation, trade or human capital are also to take centre stage, it said.


With the strongest sun expostion in the world and onshore winds that can compete with offshore potential in other areas, Chile has the prerequisites to generate more than 1.8 million MW of renewable energy. This is equivalent to 75 times the demand for domestic consumption, according to Pro Chile. In parallel with this export potential, the country launched its National H2 Strategy in 2020, with the goal of being a leader in hydrogen production through electrolysis by 2030 and producing the world's cheapest green hydrogen at a price of less than 1.5 US dollars per kilogram of H2. "Chile is a country with great potential, especially in the production of green hydrogen and derivatives such as green ammonia, methanol and synthetic fuels. We are convinced that the country can become an important supplier of the energy sources of the future, meeting a significant part of the expected demand in the Netherlands and other European countries," said Monica Swanson, Senior Business Manager, Hydrogen International, for the Port of Rotterdam.


Port of Rotterdam as an important hydrogen hub in Europe


The Netherlands and Chile, for example, first want to examine options for exporting hydrogen produced from renewable sources in South America to Rotterdam and distributing it efficiently from there to the various countries in Europe. The port of Rotterdam, which is considered the largest industrial complex in Europe, currently imports about 13 per cent of the total energy consumed in Europe. In the future, an area of over 20 hectares is to be built there for the transshipment of hydrogen and renewable fuels (energate reported). The port has already concluded initial purchase agreements with Portugal (energate reported) and Iceland (energate reported). In addition, initial considerations for a pipeline for hydrogen transport in the direction of North Rhine-Westphalia are on the table (energate reported). The German government had also recognised Chile's hydrogen export potential at the time and founded a joint hydrogen task force with the country as early as June 2021 (energate reported). /ml