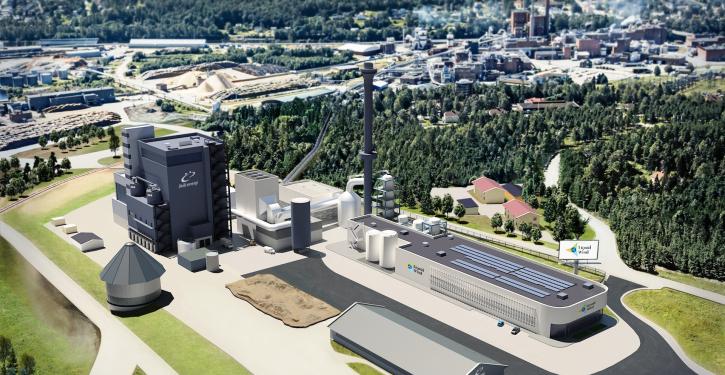 From 2024, the plant is to produce 50,000 tonnes of synthetic methanol from green hydrogen. (Image: Ørsted)
Frederica (energate) - The Danish energy group Ørsted is participating in a planned plant for the production of synthetic fuels. The partner is the power-to-X provider Liquid Wind. According to a statement, Ørsted is taking a 45 per cent stake in the "Flagship One" project for the production of e-methanol. The plant, planned in Örnsköldsvik, Sweden, will have an electrolysis capacity of 70 MW and produce 50,000 tonnes of synthetic fuel annually ...