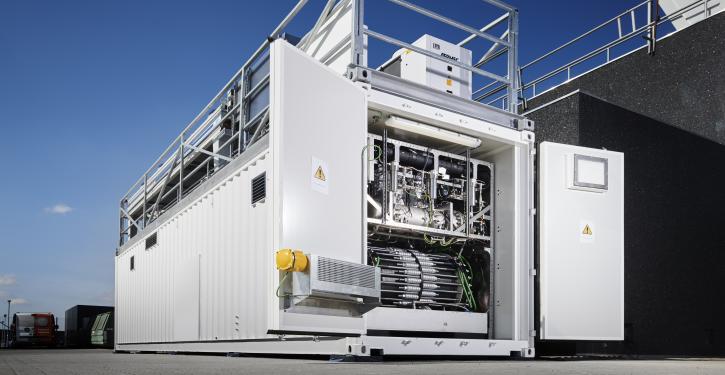 The new German government wants to accelerate the market ramp-up of hydrogen. (Image: Lasse Hyldager)
Berlin (energate) - Federal Minister of Economics Robert Habeck (Greens) wants to quickly initiate measures for the development of a green hydrogen economy. This is according to the opening statement on climate protection, which Habeck presented on 11 January. In the coalition agreement, the new federal government had agreed to increase the national expansion target for hydrogen for 2030 from 5,000 to 10,000 MW. Among other things, the Ministry of Economics is counting on the rapid implementation of hydrogen projects, which should receive funding through the "Important Projects of Common European Interest". In addition, Habeck wants to accompany the ramp-up with a series of framework conditions "that maximise the production, trade, transport and use of green hydrogen", according to the 30-page opening statement on climate protection.

Imports will play a central role. "H2Global" is responsible for the non-European framework. However, the Ministry of Economics also wants to advance the single European hydrogen market. "We will propose suitable measures to this end, including the expansion of hydrogen transport networks", the paper continues. Habeck maintains the focus for hydrogen use: It is in sectors where there is no alternative via direct electrification, such as in the steel industry. /kw