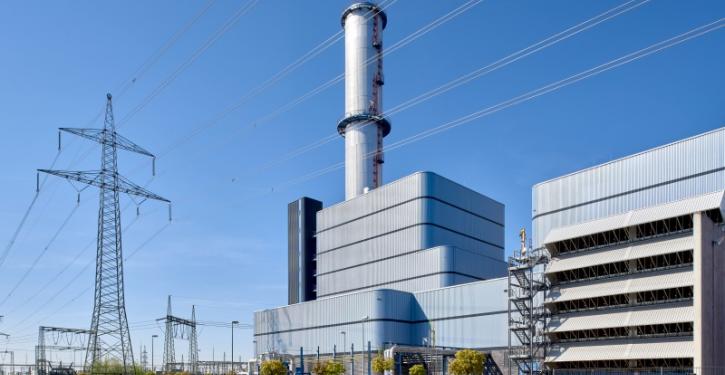 N-Ergie has not had good experiences with the Irsching gas-fired power plant in recent years. (Image: Uniper SE)
Berlin (energate) - Despite the classification of natural gas as sustainable in the EU taxonomy, municipal utilities will not necessarily invest in new gas-fired power plants. The municipal utilities are calling for better framework conditions. "I don't think the herd of municipal utilities that is about to start is big", Josef Hasler said, CEO of N-Ergie at a press briefing on EU taxonomy arranged by the Association of Municipal Enterprises (VKU). The Nuremberg-based regional utility N-Ergie is a burnt child because of its stake in the Irsching gas-fired power plant. "We have had to make the most bitter experiences in the past ten years", Hasler says. The Irsching power plant, which cost over 400 million euros to build, stood idle for many years because it was not profitable. Currently, however, it is running at full load against the background of the coal phase-out and dwindling generation capacities. "That's why my desire to invest in gas plants is limited", the N-Ergie board member says in no uncertain terms.


"There is a lot of uncertainty in the market"


The situation is aggravated by the fact that in the search for potential financiers, other technologies would be burdened with considerably less uncertainty. Instead, another biomass power plant is to be built in Nuremberg "in the next four years". In contrast to the wood chip plant (energate reported), which has been in operation since 2011, the new power plant will utilise waste wood from the region with a capacity of 20,000 to 25,000 tonnes per year. But Hasler also believes that solar plants including a power purchase agreement (PPA) with an industrial customer would bring significantly more security. Hasler considers it "very naïve" to assume that other utilities will approach the gas power plant project with fewer reservations. There is a "great deal of uncertainty in the market", partly because no one can put a precise figure on how great the demand for new plants actually is. Various studies forecast this to be between 15,000 and 40,000 MW by 2030.


New construction takes up to seven years on average


"At the moment, no one is touching these plans", VKU managing director Ingbert Liebing confirms. This is a cause for concern, he says, especially in view of the tight time frame until 2030 and the long construction time for gas-fired power plants of four to seven years on average. Moreover, this requirement only applies to sites where a power plant already existed before. "Otherwise you have completely different approval processes again", Hasler further points out. In addition, he adds, the order books of the internationally operating plant constructors are full. "They are not waiting for us", the N-Ergie boss says. Especially since rising demand for gas plants is also boosting prices again.


Capacity market and budget approach in the EU taxonomy


According to VKU, new gas-fired power plants are comparatively expensive anyway. With one GW of power plant capacity, one billion euros in investment is to be expected. This is precisely why more planning certainty is needed as soon as possible, especially for urban suppliers. "The capacity held in reserve must finally be given a price", Liebing renewed the change in the electricity market design towards a capacity market, which VKU has long called for. But the VKU also considers adjustments to the new delegated act of the EU taxonomy to be necessary. This is because the limits for greenhouse gas emissions set out in the draft are so restrictive that even the most modern gas-fired power plants cannot comply with them.

For example, CO2 emissions from plants approved by 2030 may not exceed 270 grams of CO2 per kWh generated or 550 grams of CO2 per kW per year. For plants approved after 2030, a value of 100 grams of CO2 per kWh is to apply. "Here the EU Commission must come up with a pragmatic and realistic solution so as not to prevent the construction of new climate-friendly power plants", Liebing demands. Instead of fixed values, the VKU rather proposes a kind of emissions budget that gives power plant operators more flexibility in the development away from natural gas towards renewable gases (energate reported). /ml