Energy sector optimistic for 2022 despite Corona 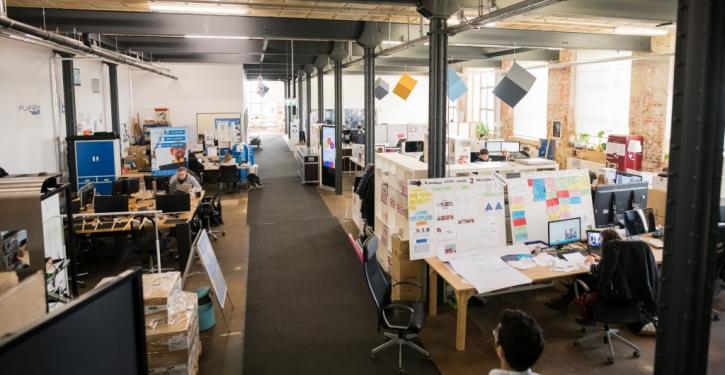 Companies in the energy sector want to hire skilled workers even during the pandemic, an energate survey shows. (Image: SpinLab - The HHL Accelerator)
Essen (energate) - Despite the uncertainties caused by the corona pandemic and the energy price crisis, the energy industry is optimistic about the year 2022, as shown by a current energate survey among readers. According to the survey, 44 per cent are positive about the energy year 2022, while around one third said they are negative about the coming twelve months. 23 per cent were neutral. However, a majority of 48 per cent are convinced that the corona pandemic will influence the business of energy companies in 2022, while 42 per cent answered no to the corresponding question in the first week of January.

At the top of the agenda of topics that the respondents believe will be of concern in 2022 is not the corona pandemic, but the expansion of renewable energies with just under 30 per cent. This is followed by current electricity and gas prices and security of supply, each with 22 per cent. The recruitment of skilled workers is also on the minds of 13 per cent of respondents. Multiple answers were possible.


The new federal government has been in office since December. On 11 January, federal economics minister Robert Habeck (Greens) will present the first laws that are supposed to accelerate the expansion of renewable energies. Currently, 44 per cent of those surveyed rate the activities of the traffic light coalition positively, only 20 per cent expressed a negative opinion. Around 35 per cent have not yet formed an opinion. /kw