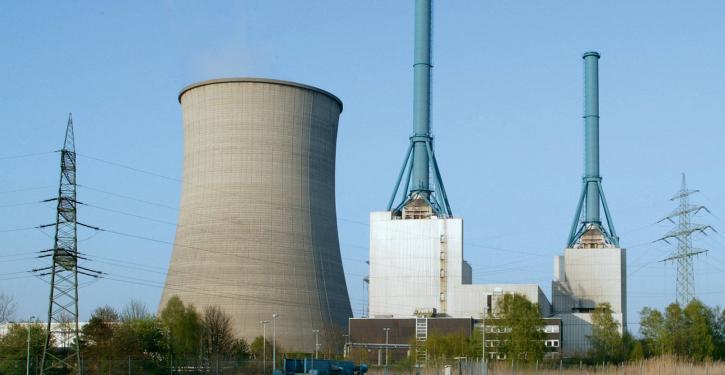 An electrolysis demonstrator and a test pipeline are being built on the site of RWE's Emsland gas-fired power plant. (Image: RWE AG)
Lingen (energate) - The hydrogen research project "GET H2" is receiving almost 12 million euros from the federal government for the development of a climate-neutral hydrogen infrastructure. This was announced by the transmission system operator Nowega. Together with nine partners - including RWE, OGE and Evonik - Nowega wants to test the transport and storage of hydrogen in the project. Get H2 is part of "TransHyDE", one of three hydrogen lead projects funded by the Federal Ministry of Education and Research with a total of 740 million euros (energate reported).

The partners' goal is to create a metrological basis for publicly accessible long-distance hydrogen pipelines. Specifically, the aim is to investigate, among other things, how hydrogen interacts with certain materials. They also want to test technologies for the air-based remote detection of hydrogen infrastructure, for example, and develop compressor concepts adapted to both the feed-in and the transport of hydrogen. The findings are also to help develop a regulatory framework for the hydrogen economy.


Hydrogen to flow from Lingen in 2024


In concrete terms, the project is to take place in a new demonstration centre in Lingen (Emsland) in Lower Saxony. According to its own information, Nowega has already successfully carried out the intelligent pigging and cleaning of a pipeline intended for conversion to hydrogen there in April 2021. This January, RWE plans to start building an electrolysis demonstrator and a test pipeline on the site of its Emsland gas-fired power plant. In 2024, one of the first publicly accessible hydrogen pipelines is to go into operation from Lingen and transport green hydrogen to the BP Group's refinery in Gelsenkirchen (NRW). /dz