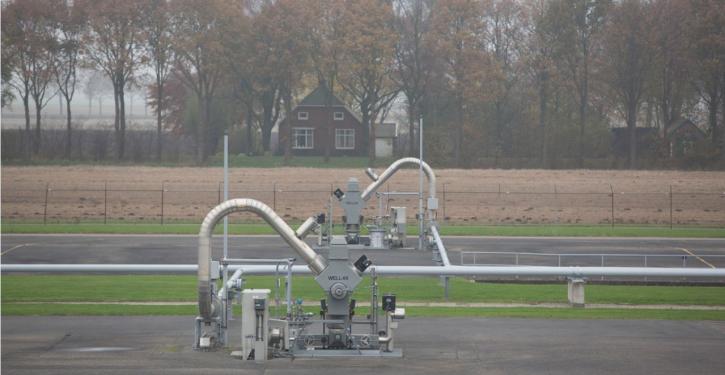 The exploration company NAM will have to produce more L-gas in Groningen this gas year than hoped. (Image: NAM BV)
The Hague (energate) - The Dutch government expects that natural gas production in Groningen will have to be higher than planned in the current gas year. Instead of 3.9 billion cubic metres, 7.6 billion cubic metres of L-gas will probably be needed from the Groningen field, the Ministry of Economic Affairs in The Hague announced. This is also due to Germany, where demand is expected to be 1.1 billion cubic metres higher than anticipated, according to estimates by the transmission system operators. Energy-saving measures in Germany proved to be less effective. In addition, L-gas production in the neighbouring country is lower and the storage facilities are less full than usual, according to The Hague.

Economics minister  Stef Blok expressed great concern about this development to his German counterparts and asked for clarification, the report continues. He asked Germany to take all measures to ensure that the additional demand would not become necessary. Besides, Germany has always cooperated very well in reducing gas demand to make an earlier closure of the Groningen field possible, the Dutch ministry points out. The country wants to get out of Groningen production because it has repeatedly led to earthquakes and serious damage to buildings in the region.


Delays in the construction of the new nitrogen plant


Besides the demand from Germany, there are also home-made problems. A major factor for the higher production volumes are delays in the construction of the new nitrogen plant Zuidbroek II (energate reported). As this will come on stream later, less H-gas can be converted into L-gas to meet the demand of Dutch households and at the same time fill the storage facilities in Norg and Grijpskerk. Filling the storage facilities is essential to be able to stop Groningen production, according to the Ministry of Economic Affairs. /tc