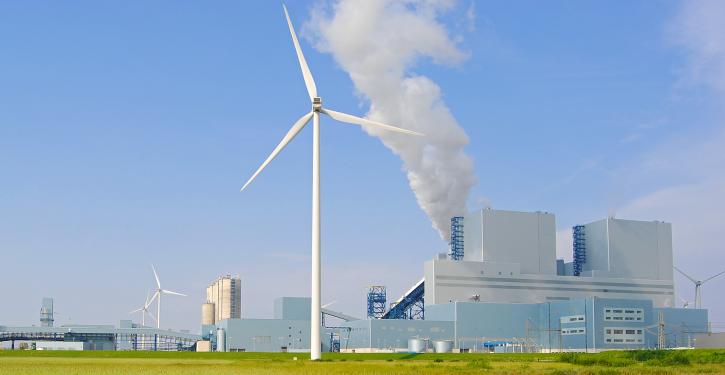 RWE plans to build electrolysis capacities of initially 50 MW at the Eemshaven site. (Image: RWE AG)
Groningen (energate) - RWE received environmental approval for a planned electrolysis plant in Eemshaven at the end of December. This was announced by the province of Groningen. The company plans to build a 50 MW plant for the production of green hydrogen at the power plant site there. The electricity required for this is to be supplied by RWE's own onshore wind farm "Westereems", which now has a capacity of 171 MW. So far, the methanol producer Bio MCN and the hydrogen peroxide production of Evonik in the chemical park Delfzijl are being discussed as customers (energate reported).

According to Dutch media reports, this makes the electrolyser the largest so far to receive a permit nationwide. Depending on market developments and regulations, the capacity could also be expanded, according to reports from Essen. In addition to RWE, the company VoltH2, which has been wholly owned by New Jersey-based Vision H2 since November, also received permits for two electrolysers in the autumn. Here it is already a matter of planning permission for plants with a capacity of 25 MW each in the port cities of Vlissingen and Terneuzen. According to Vision H2, a later expansion to 100 and 75 MW respectively is also envisaged here. /tc