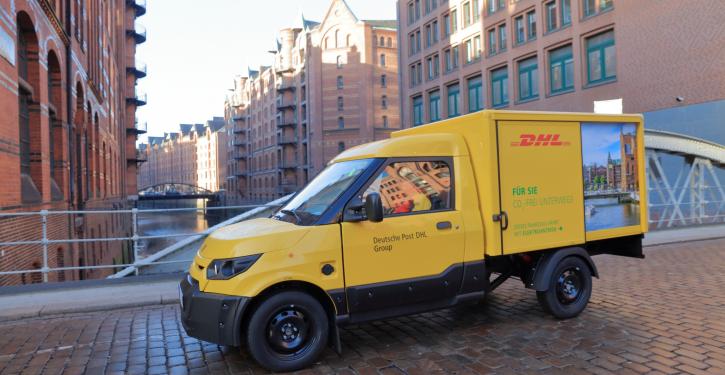 The Streetscooter electric transporters may have a future after all. (Image: Deutsche Post DHL)
Bonn (energate) - Deutsche Post DHL Group is selling the rights to produce its Streetscooter electric vans to the Odin Automotive consortium of companies as planned. The sale includes the intellectual property for the D17 and D20 vehicle models as well as the two wholly owned subsidiaries in Switzerland and Japan, Deutsche Post DHL announced. In addition, DHL Group will become a minority owner of Odin Automotive, based in Luxembourg. The manager Stefan Krause is to be the main shareholder behind the start-up (energate reported).

Streetscooter GmbH, which will remain in the Post Group with 300 employees, will continue to act as a supplier of vehicle parts and batteries for the planned expansion of the fleet to 21,500 vehicles, it is said. Subsequently, this company will concentrate on the maintenance and care of the existing fleet. Currently, the group uses more than 17,000 of the electric transporters specially developed for letter and parcel delivery. Streetscooter, founded in 2010 at RWTH Aachen University, was once considered a German showcase project in e-mobility. However, since its takeover by Swiss Post four years later, the company has been in the red. /ck