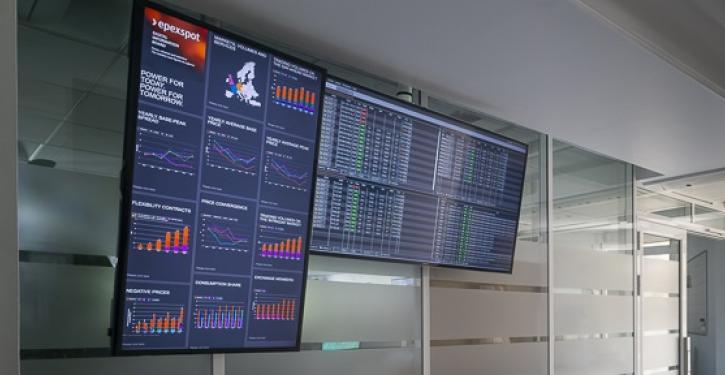 Bildunterschrift (Image: Epex Spot)
Oldenburg (energate) - Kehag Energiehandel, which focuses on commercial and industrial customers, is insolvent. Unfortunately, the discontinuation of electricity and natural gas supplies on 31 December was not enough to prevent this, the company announced in a letter to customers, which energate has obtained. According to its own information, the Oldenburg-based company applied for the opening of insolvency proceedings at the Oldenburg District Court on 28 December. However, deliveries up to the end of the year are expected to be fulfilled, the letter says, dated 29 December. In the ranks of the Federal Association of Energy Consumers (VEA), about 20 of the total of over 4,000 companies were under contract with Kehag. After the announcement of the supply stop on 13 December, however, all those affected were able to find a new supplier at short notice (energate reported). Claims for damages, which consumer protection organisations currently advise in the case of unilateral supply stops, lose their chances of success due to the insolvency proceedings.

All other companies in the group are not affected by the insolvency proceedings, Kehag announces in the letter. Kehag Energiehandel is a wholly owned subsidiary of Kehag Holding, which in turn has belonged to the Swiss investment company Melwil since 2015. The holding company includes, among other things, a measurement technology division. Furthermore, the group of companies with a total of 75 employees has also been active as an installer of charging infrastructure for e-cars since 2019.


The situation is also worsening for the supplier LCG Energy Group, which specialises in special contract customers. After the natural gas supply stop on 31 October (energate reported), the electricity division is now affected. According to the portal Verbraucherhilfe Stromanbieter.de, a balancing group notice has been issued by the transmission grid operator Amprion. The company has its headquarters in its grid area in Würselen (North Rhine-Westphalia). Upon enquiry by energate, the two transmission system operators Tennet and Transnet BW also confirmed a termination of LCG Energy's balancing group. The company had actually announced its intention to continue both electricity sales in Germany and sales activities in Austria. LCG Energy has so far advertised tariffs that are directly based on spot market prices.

In addition to the Austrian branch, the LCG Energy Group also includes a holding company in the Netherlands and a Luxembourg-based investment company focused on renewable energies. A British branch was liquidated in the summer of 2021 "without giving any reasons", according to official documents from the British authorities.


The municipal utilities company Stadtwerke Bad Belzig also stopped supplying electricity at the end of the year. The transmission grid operator 50 Hertz confirmed the termination of the balancing group contract (BKV). The step of the financially troubled municipal utility had been expected. The company intends to reorganise itself through insolvency and to withdraw from electricity sales (energate reported). Effective 4 January, the transmission grid operator Amprion also terminated the BKV with the Cologne-based Inteligy GmbH, as energate learned. The company specialises in the housing industry and had stopped supplying electricity and gas on 31 December 2021. /mt /kw