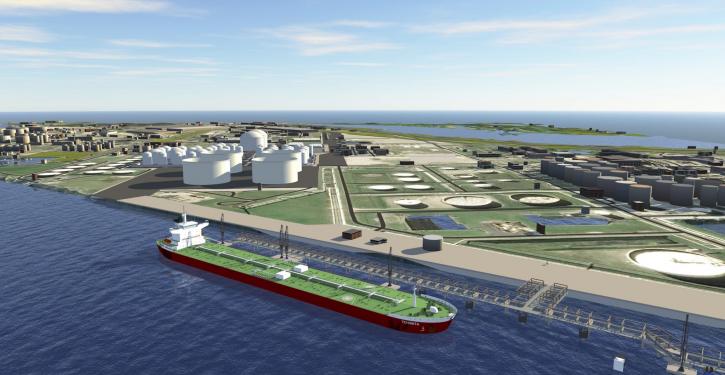 The German government is counting on the import of green hydrogen. (Image: Global Energy Storage)
Brussels (energate) - The EU Commission has approved the German scheme to promote investments in the production of renewable hydrogen in third countries under state aid law. The "H2Global" scheme is intended to meet the EU's demand for renewable hydrogen. To this end, the German government wants to support hydrogen projects outside the EU with 900 million euros. The energy produced there is then to be imported into the EU and sold there. H2-Global was launched under economics minister Peter Altmaier (CDU). The new German government also wants to further develop the promotion of supply partnerships with third countries (energate reported).

The EU Commission has concluded that the scheme is in line with the Union's state aid rules, as it promotes projects that contribute to the reduction of greenhouse gas emissions in line with the European Green Deal, it says in justification. Competition will not be unduly distorted. The scheme will help meet the growing demand for renewable hydrogen in the Union, commission vice-president in charge of competition policy Margrethe Vestager said. The aid will be granted through tenders. Producers of renewable hydrogen and hydrogen derivatives wishing to participate in the tenders must strictly comply with the sustainability criteria set out in the revised Renewable Energy Directive (RED II).

The German government hopes for extensive hydrogen imports from wind- and sun-rich regions such as North Africa or Chile. However, a study by the Institute of the German Economy (IW), Fraunhofer Umsicht and the Wuppertal Institute had recently raised doubts that imports will be able to cover German demand until 2030 (energate reported). The expansion of the required renewable energies is progressing only slowly in the countries concerned. /ck