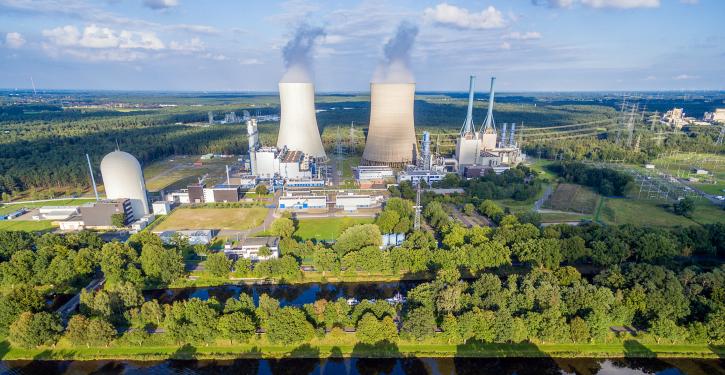 RWE plans to build up to 2,000 MW of electrolysis capacity at the site of the Lingen gas-fired power plant. (Image: RWE)
Essen (energate) - The industrial group Linde is to build electrolysis capacities for RWE at the Lingen site. Thecompany was pre-selected as the technical provider for the development of two PEM (proton exchange membrane) plants with a capacity of 100 MW each, RWE announced. The cooperation initially only includes the approval planning within the framework of the preparatory project development, the company restricted. The subsequent detailed planning as well as the procurement and construction of the plants are expressly subject to state aid within the framework of the IPCEI subsidy. If the investment decision is positive, the two electrolysers could start producing green hydrogen in 2024 and 2025. "Since the planning of the technical details for the first two electrolysis units is now possible, we will be able to start implementing the project quickly in the event of a funding approval", Sopna Sury said, COO Hydrogen at RWE Generation.

As part of the "GET H2" project, RWE has set itself the goal of building up to 2,000 MW of electrolysis capacity for the production of green hydrogen in Lingen by 2030. The company wants to use offshore wind power from the North Sea for production. The aim of the initiative is to create, together with partners, the critical mass needed to build a supra-regional European hydrogen infrastructure and develop a European hydrogen market, according to a statement from Essen. /tc