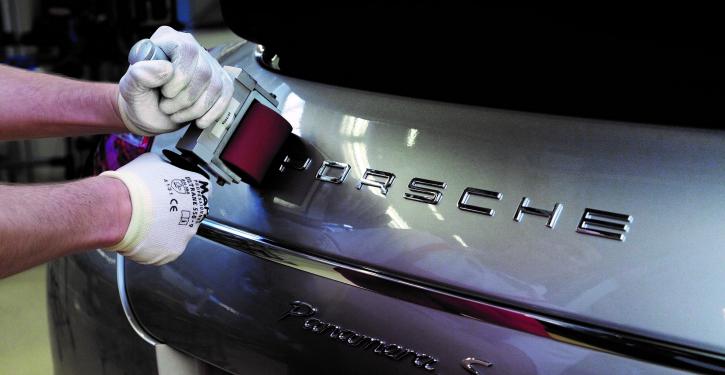 Porsche plans to produce battery cells for an initial 1,000 vehicles per year via a joint venture from 2024. (Image: Dr. Ing. h.c. F. Porsche AG)
Stuttgart (energate) - Car manufacturer Porsche is concretising its plans for its own battery cell factory in Germany. The planned production facility with an initial capacity of 100,000 kWh will be built in an industrial estate between Tübingen and Reutlingen from 2022, the company announced. The production of "high-performance battery cells" for initially 1,000 vehicles per year is to start in 2024. The federal government and the state of Baden-Württemberg are funding the project with a total of 60 million euros.

Tübingen was originally planned as the location, but was ultimately not chosen due to "significantly" further developed plans. The current location in Reutlingen-Nord/Kirchentellinsfurt has the advantage of being close to numerous important research and industrialisation partners in the Stuttgart area, Porsche says. The executing company is the Customcells joint venture, in which the carmaker holds shares. In June 2021, Porsche announced its intention to enter battery production through Customcells (energate reported). /dz