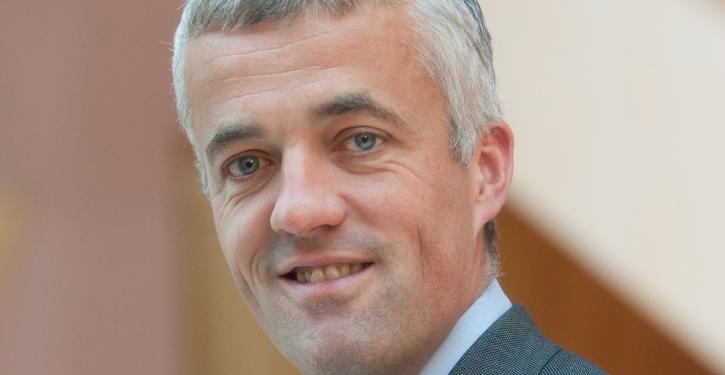 Bart Jan Hoevers from the Dutch GTS had already been interim Entsog president since the end of June. (Image: Gasunie Transport Services)
Brussels (energate) - Bart Jan Hoevers, director of the Dutch Gasunie Transport Services, remains president of Entsog, the European association of gas transmission system operators. He took over the office on an interim basis in the summer and has now been officially confirmed by the Entsog general meeting. Predecessor Stephan Kamphues had resigned on 30 June (energate reported). The former spokesman for the management of the German long-distance gas grid operator Open Grid Europe had held the office of Entsog President since the founding of the association in 2009. This summer he retired, in the meantime as CEO of the OGE parent company Vier Gas Transport.

Bart Jan Hoevers said after his election as the new Entsog president that the recently published EU package on hydrogen and decarbonised gas markets ushered in the next chapter of the energy transition. The work on this will be "both challenging and rewarding", he stressed. "Entsog will continue the open and transparent dialogue with stakeholders that we need to achieve our common goals: meeting the EU's energy and climate targets", Hoevers said. /df