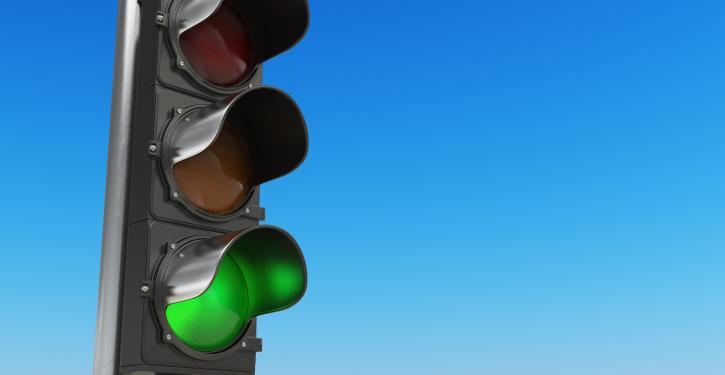 The traffic light coalition of SPD, Greens and FDP will stand if the parties agree to the coalition agreement. (Image: Envato/maxyustas)
Berlin (energate) - The SPD, Greens and FDP presented the coalition agreement in Berlin. Initial reactions from business and politics are mainly favourable - especially with regard to the expansion targets for renewable energies. Michael Ebling, president of the Association of Municipal Enterprises (VKU), sees the right priorities in his initial assessment: "The traffic light coalition is setting the course for ambitious climate protection. That is good," said Ebling. The new government wants to set the pace in the expansion of renewable energies, in the ramp-up of the hydrogen economy in all sectors and in energy market design. Ebling also praised the role of hydrogen in heat supply.

The German Renewable Energy Federation (BEE) also welcomes the traffic light coalition greements. "Climate protection is a cross-cutting issue in all sectors, and the energy transition has been recognised as a key climate protection and economic driver in all sectors," said BEE President Simone Peter. This must now be swiftly implemented in the announced emergency climate protection programme with all the necessary laws, regulations and measures. She welcomes the fact that 80 per cent renewables are to be achieved in the electricity sector by 2030, as does the Federal Association of the New Energy Economy (BNE): "What we are witnessing today is a complete paradigm shift in energy policy," said its executive director Robert Busch. With the significant increase in the renewable energy target, a full supply from photovoltaics and wind energy by 2035 would be within reach.


"In order for this solar rocket to take off quickly, the engines must now be ignited quickly," said Carsten Körnig, chief executive of the German Solar Industry Association (BSW), illustrating the wishes of his industry. The coalition agreement shows the will to finally unleash solar energy. The transmission grid operator Tennet points out that the "turbo" must not only be turned on for the expansion of renewables, but that the expansion and optimisation of the grids must also take place much faster. Criticism, on the other hand, comes from the E-Fuel Alliance. For them, the coalition agreement falls short with regard to the fastest possible industrialised ramp-up of synthetic fuels.


The coalition agreement is naturally praised by representatives of the traffic light parties: "The energy turnaround will also be accelerated by the upgrading of storage facilities, locally usable green electricity, the use of roof space for photovoltaics and also a reliable continuation of the Renewable Energy Sources Act," said SPD member of parliament Nina Scheer. Green Party member of the Bundestag Ingrid Nestle, former spokesperson for the energy industry, pointed out that all relevant expertise for climate protection would be bundled in the future Green Party Ministry for the Economy, Climate Protection and Energy. "Climate protection and the economy are not contradictory, they are now finally being promoted as a single entity," said Nestle. However, she would have liked to see more in the transport transition.

The climate policy spokesman of the FDP parliamentary group, Lukas Köhler, sees the coalition agreement as linking the ambitious goals in climate and energy policy with the right market-based instruments. "The expansion of European emissions trading, openness to technology in the ramp-up of the hydrogen economy and a strong focus on security of supply in the market-based coal phase-out are core concerns of the FDP (liberal democrats) that are now firmly anchored in the coalition agreement," said Köhler, who is also pleased with "the clear commitment to the transitional technology of natural gas." /ck