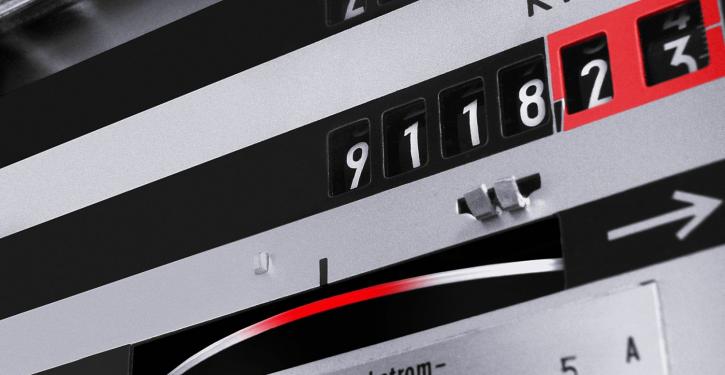 The Federation of German Consumer Organisations calls for electricity price reform. (Image: Fotolia/jopix.de)
Berlin (energate) - The Federation of German Consumer Organisations (VZBV) has investigated the actions of many utilities in the energy price crisis. The association noticed many inconsistencies. According to the VZBV analysis for the period from the beginning of August to the end of October, the suppliers reported by consumers are proceeding differently. For several weeks, the VZBV has been receiving complaints from consumers who report that their energy supplier is discontinuing supply in their supply area or altogether. In some cases, they are also told that the gas or electricity supply will be "temporarily" discontinued. According to some complaints, announcements are made at very short notice. As can be seen from the consumer complaints, the form of the termination letters is varied: In some cases, the suppliers only speak of a termination of the energy supply without describing the letter as a termination. In other cases, it is also clearly stated that the suppliers cannot comply with the contract due to the increased prices and therefore have to terminate the contract extraordinarily or due to a disturbance of the basis of the business.


The complaints of the energy customers also mention increases in the monthly payment amounts with various providers.These increases are justified by increased procurement costs for energy for the suppliers and by an assumed self-interest of the customers (avoidance of additional payments). In this context, the VZBV questions the legality of these instalment increases without a previously effective price increase or a proven increase in consumption in each individual case, it says from Berlin. It is also reported by consumers that suppliers react to objections to these budget billing increases as if they had received a termination notice from the consumers and send the customers a termination confirmation.


From the point of view of the VZBV, the effects of the current price increases for households with low incomes must be minimised. The European Commission had already presented a toolbox that member states could use in the short term without violating internal energy market rules or undermining climate targets (energate reported). "In order to relieve the financial burden on these households, housing benefit, unemployment benefit and the basic old-age pension scheme would have to be adjusted accordingly", the VZBV demands. In the case of housing benefit, the basis for calculating rents should be the local comparative rent instead of the average rent of all local housing benefit recipients. The association also calls for the introduction of a climate component in housing allowances, which has been discussed for years, so that the significantly higher rents for energy-efficient renovated flats are adequately subsidised.

In order to prevent electricity and gas disconnections for low-income households, the association says that it should be possible to defer instalment payments for the current heating period and only settle them afterwards, without the threat or even implementation of a disconnection. "All private households can also be relieved with a consumer-friendly electricity price reform", the VZBV continues. Consumers could also be relieved through more independence from fossil energy imports in combination with the acceleration of the expansion of renewable energies and the energetic renovation of buildings. In the heating sector, for example, electricity-powered heat pumps in combination with a high energy efficiency standard of the buildings could replace natural gas or heating oil. /df