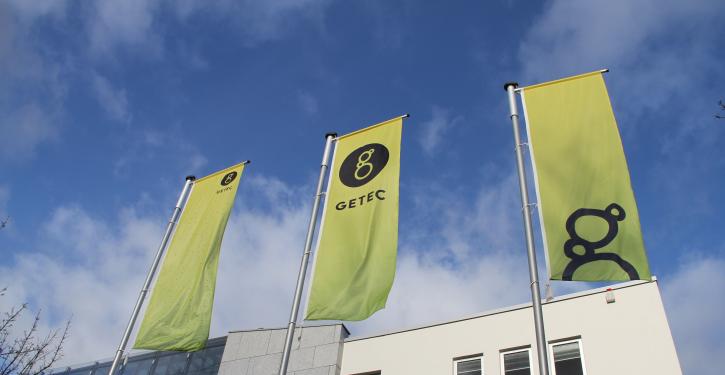 The Magdeburg-based Getec Group will in future be part of the spectrum of US investor JP Morgan. (Image: GETEC)
Magdeburg (energate) - The Magdeburg-based energy service provider Getec has a new owner. The infrastructure fund IIF, which belongs to the US financial investor JP Morgan, has taken over the Getec Group completely, the previous majority owner EQT from Sweden announced. EQT had taken over 75 per cent of Getec's heating and efficiency divisions from company founder Karl Gerhold in 2016 (energate reported). The latter is now also selling his remaining 25 per cent share and is thus finally exiting the contracting specialist, which focuses on industry and the real estate sector. However, he will remain active in the energy business through the Hanover-based Getec Holding, which includes Getec Energie GmbH.

Thomas Wagner, CEO of the now sold Getec Group, looked back positively on the past five years in EQT's announcement. Since EQT's entry, the company has more than doubled its sales, tripled its workforce and expanded its European presence to nine countries. In addition to Germany, the energy service provider now has locations in Switzerland, Italy and the Netherlands. Together with the new investor IIF, the company wants to continue this growth, Wagner says. Matthew LeBlanc, Chief Investment Officer at IIF, described Getec as a "leading company for sustainable energy services". The new owner wants to further expand this position through "additional investments".


Getec Group has already grown strongly under EQT's leadership through several acquisitions. In recent years, the company had acquired, among others, the Hamburg-based contractor Urbana and the energy trading company EEG. According to its own figures, the Getec Group now employs around 2,200 people and operates more than 11,000 power generation plants across Europe with a combined capacity of more than 5,200 MW. To this end, the company has recently entered into several cooperation agreements with real estate companies, most recently with Inbright (energate reported). According to media reports, the proceeds from the sale will amount to more than 4 billion euros. The transaction is expected to be completed by the end of the first quarter. However, the official approvals are still pending. /cs