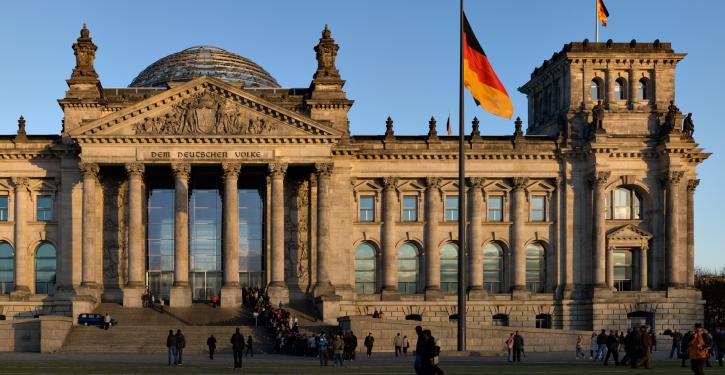 The coalition negotiations of the SPD, the Greens and the FDP are on the home stretch. (Image: Jürgen Matern)
Berlin (energate) - The traffic light parties SPD, Greens and FDP have roughly agreed on the distribution of federal ministries. The first names of parliamentary state secretaries are also emerging. The energate editorial team has received preliminary lists. According to this, the Green politician Robert Habeck is to be given a reorganised Ministry for the Economy, Climate Protection and Energy Transition. There could be three state secretaries: first, Ingrid Nestle, the current spokesperson for the energy industry; second, Lisa Paus, spokesperson for financial policy; and third, Katharina Dröge, the current parliamentary director of the Greens.

The Ministry of the Environment could be led by Steffie Lemke, the former parliamentary director of the Green parliamentary group. She could be assisted by Julia Verlinden, former spokesperson for energy policy, and Harald Ebner, spokesperson for genetic engineering and bioeconomy policy, in the second row. The current Environment Minister Svenja Schulze (SPD) could nominate the SPD finance politician Dorothee Martin as Parliamentary State Secretary.

Anton Hofreiter, the current leader of the Green parliamentary group, is to lead the transport department in future. He is apparently counting on Stefan Gelbhaar, until now spokesperson for transport policy, and Matthias Gastel, until now spokesperson for railway policy, as parliamentary state secretaries. The SPD, the Greens and the FDP intend to present a coalition agreement before the end of the week, and the final negotiations may take place on Monday (21 November) (energate reported). /kw