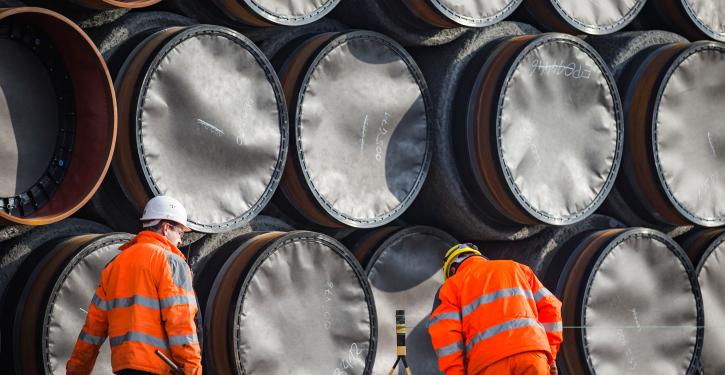 The pipes have been laid, but Nord Stream 2 will not go into operation for the time being. (Image: Nord Stream 2/Axel Schmidt)
Bonn (energate) - The Nord Stream 2 Baltic Sea pipeline will not go into operation for the time being. The reason is that, as things stand, the Federal Network Agency will not certify the operating company Nord Stream 2 AG as an independent transmission system operator. "After a thorough examination, the Federal Network Agency has come to the conclusion that certification can only be considered if the operator is organised in a legal form in accordance with German law", a statement from the authority reads. Nord Stream 2 AG, based in Zug, Switzerland, had decided not to convert the existing company, but to establish a subsidiary that would be responsible for the German part of the pipeline. The Federal Network Agency is now demanding that substantial assets and personnel resources be transferred to this subsidiary. Only then will it look again at the certification procedure.

Read an update on the certification of Nord Stream 2 and further background information here.