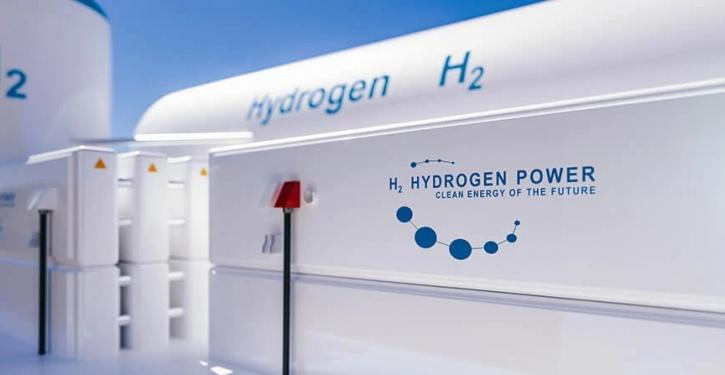 Until 2030, the contribution of hydrogen is still narrow; after that, the possible bandwidths in the scenario studies diverge widely. (Image: Gasunie/HyDelta)
Berlin (energate) - Researchers of the Copernicus project Ariadne recommend an adaptive hydrogen strategy to policy makers. This is the best way to react to great uncertainties in the ramp-up of hydrogen and e-fuels without running into costly lock-in effects. A policy brief prepared by six institutes of the Ariadne consortium shows that the role of hydrogen and e-fuels in the coming years will be limited by low availability, according to a joint statement by the Kopernikus project and the Federal Ministry of Education and Research. For the period until 2030, hydrogen will therefore only play a small role. After that, the range of possible scenarios is wide. However, this should not simply be interpreted as technological or political leeway, but above all as a space of imponderables.

For their dossier, the Ariadne researchers looked at the five major scenario studies on climate neutrality in 2045 and compared them. "As a result, we present key points to provide orientation for an adaptive hydrogen strategy and necessary learning processes", Falko Ueckerdt of the Potsdam Institute for Climate Impact Research explained as one of the authors of the paper. If the EU wants to reach its target of 40 GW of electrolysis capacity in 2030, annual growth rates of 70 per cent are necessary, he said. For 80 per cent of the projects announced for 2023, however, no final investment decisions have been made yet, Ueckerdt illustrated the uncertainties in the ramp-up of the hydrogen economy.


For a rapid growth of green hydrogen, the authors call for technology-specific promotion and targeted regulatory measures, as CO2 prices will not reach the level needed for market-based control before 2030. As long as it is still unclear what volumes and prices can be realised, hydrogen should be used primarily where there are no alternatives to direct electrification, the Ariadne dossier says. Among these no-regret measures, the authors include industrial ammonia or steel production and, in the case of e-fuels, long-haul aviation and shipping. From here, they say, decisions can be made gradually about broadening the use of hydrogen.

While the supply of green hydrogen - especially via imports - must be developed with vigour, the authors recommend in parallel to significantly accelerate direct electrification and the domestic expansion of renewables. "For the course towards climate neutrality in 2045, it has long since ceased to be a question of either-or, but of both-as well", Ueckerdt says.


Exploring the limits of electrification


In a "decade of electrification", renewable energy capacities would have to be tripled, battery-electric vehicles would have to dominate new registrations and about five million heat pumps would have to be installed. Over the course of the years, it will then become clear what hydrogen quantities are available and where electrification reaches its limits. "With these findings, market players and politicians can better decide on the areas of application for hydrogen", Benjamin Pfluger of the Fraunhofer Institute for Energy Infrastructures and Geothermal Energy (IEG) is convinced. Possible areas would be in heavy truck freight transport or process heat, for example. "If, on the other hand, we already rely on the widespread availability of cheap hydrogen and e-fuels and these expectations are not fulfilled, there is a risk of a fossil lock-in, high costs and a failure to meet climate targets", Pfluger says.

For the Ariadne researchers, the use of blue or turquoise hydrogen from fossil sources as a temporary bridge technology is also conceivable. This could enable an earlier transformation, but would have to be accompanied by measures for certification, regulation and corresponding pricing of emissions. In particular, the methane slip during the production and supply of natural gas abroad must be taken into account. This was the only way to ensure that greenhouse gas emissions are actually reduced. The policy brief is published on the Ariadne website. /tc