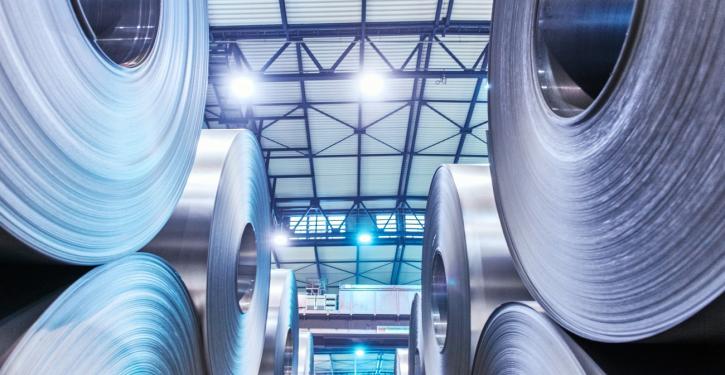 The project is funded by the federal government with 37 million euros. (Image: Thyssenkrupp)
Berlin/Duisburg (energate) - With "H2Stahl", a real laboratory of the energy transition is starting at Europe's largest steel site in Duisburg. The project is testing the use of hydrogen in steel production "in order to reduce CO2 emissions and thus contribute to climate protection", as announced by the Federal Ministry of Economics. Over the next five years, the project partners want to use hydrogen in the production of pig iron in the blast furnace. This should reduce CO2 emissions by up to 20 per cent in the medium term. In addition, the consortium wants to work on further tests to enable completely CO2-free steel production. The ministry is funding the real laboratory with around 37 million euros.

Thyssenkrupp Steel Europe, Air Liquide Deutschland and the non-profit research institute BFI are involved in the project. The aim is to test how hydrogen can replace coal as a reducing agent in the production of pig iron in the blast furnace. Pig iron is a primary product used for about 70 per cent of German steel. In parallel, the consortium wants to demonstrate direct reduction. This alternative technology to the blast furnace should be able to work with pure hydrogen in the future. To ensure that sufficient hydrogen is available, the consortium is also expanding the pipeline infrastructure on site, it added.


The transformation towards hydrogen is also on the agenda at Salzgitter AG, which plans to produce steel using hydrogen by the end of 2025. One year later, the group could produce more than one million tonnes of steel this way, Gunnar Groebler said, CEO of Salzgitter AG. The project runs under the name "SALCOS - Salzgitter Low CO2-Steelmaking". For some weeks now, the company has been operating a project office for this purpose, reporting directly to the chairman of the executive board, in which the entire technical and commercial expertise for the transformation of crude steel production is united, he said. "We are currently preparing the final investment decision for the first expansion stage of SALCOS", Groebler said. /df