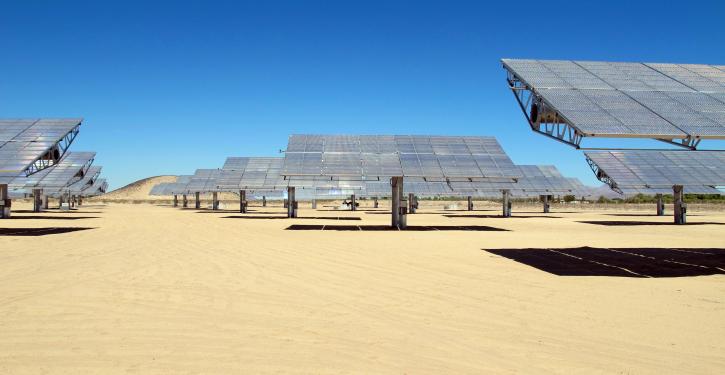 The idea: To produce green electricity cheaply in the Sahel and convert it into hydrogen. (Image: Alstom)
Dubai (energate) - Thyssenkrupp joins Dii Desert Energy GmbH, the former Desertec initiative, as a strategic partner and shareholder. The initiative made the announcement at its annual press conference. Dii President Paul van Son sees Thyssenkrupp as a good replacement for Innogy. The former RWE company had left the consortium due to the Eon-RWE deal. The initiative now counts 57 industrial partners, explained CEO Cornelius Matthes. Thyssenkrupp had previously cooperated with the initiative in the context of some studies.

Dii wants to promote the expansion of renewable energies in the Middle East and North Africa (Mena region) and export this green energy. The aim is also to produce hydrogen with renewable energy, convert it into ammonia and transport it to Europe, explained Paul von Son. As a steel producer, Thyssenkrupp is interested in green hydrogen from the region and, according to its own information, is the world's largest manufacturer of alkaline electrolysers. The company has also analysed locations for electrolysers in the region, said Andreas Beckers, CEO of Thyssenkrupp Industrial Solutions Egypt, when asked by journalists. However, no decision has been made yet.


The Mena region has favourable conditions for the use of wind power and solar energy. At the same time, the region has the world's largest reserves of oil and natural gas. The production of green energy by Dii is aimed at export. Mr Beckers emphasised that although Thyssenkrupp wants to contribute significantly to the sustainable development of the region with its "large-scale technologies for the production of green hydrogen and green ammonia", the use of renewable energies locally is not the aim of the initiative. /sd