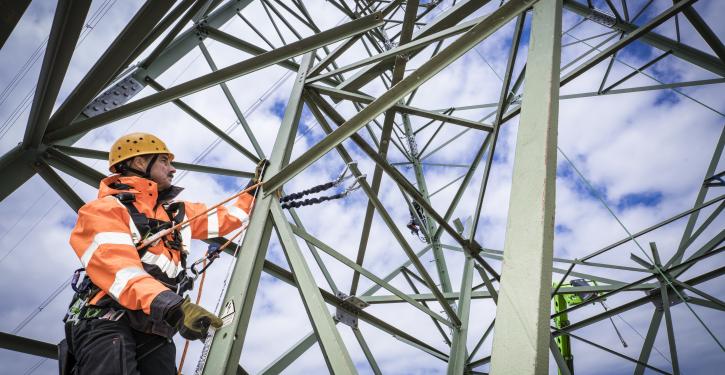 Dena says that the development of the various grids must be thought through together. (Image: 50Hertz)
Berlin (energate) - In an interim report on its Grid Study III, the German Energy Agency (Dena) proposes the introduction of a system development plan that precedes the grid development plans for electricity and gas. Dena explains that integrated planning of the various energy infrastructures is essential for a climate-neutral energy system. Common cornerstones for planning are, for example, electrolyser capacities, backup power plants and their locations, as well as the expected supply and demand for the various energy sources. With the study, the agency wants to create a model for a development of electricity, gas and heat grids oriented towards climate neutrality. On behalf of the Federal Ministry of Economics and Technology, it is investigating how the planning of the energy infrastructure can be optimised in exchange with representatives from politics, business, science and society.

For the electricity grid, the study has determined that the need for expansion of the transmission grids and the distribution grids will continue to be high. This would result from the further expansion of renewable energies as well as the advancing electrification in transport, heat supply and industry. The role of the gas grids will change considerably due to the perspective shift away from fossil natural gas, the report continues. Part of the existing gas grid could be converted into a hydrogen grid. The future role of climate-neutral gases, especially for heat supply, is still unclear. Since shutdowns, especially of gas distribution networks, cannot be ruled out in the long term, the associated consequences must be considered promptly and a legal and organisational framework created for this, Dena demands.


"Close coordination between the infrastructures for electricity, gas and hydrogen, and at the local level for heat, is central to demand-oriented and efficient grid development", Dena CEO Andreas Kuhlmann said. A system development plan as the basis for the grid development plans should therefore be enshrined in the EnWG as part of the planned emergency climate protection programme of the coming federal government. Dena is currently organising its Energy Transition Congress 2021.

According to the Association of Municipal Companies (VKU) and the German Association of Energy and Water Industries (BDEW), the interim report presented shows the first general premises that should be taken into account in future grid planning. This applies, for example, to the strong increase in heat pumps that have to be connected to the local electricity grids, the associations write in a joint statement. "From BDEW's and VKU's point of view, we need a clever mix of climate-neutral supply options, especially in the heating market, in order to be able to achieve optimal heat demand coverage not only in the short term, but also in the long term", Kerstin Andreae said, chairwoman of BDEW's executive board, and Ingbert Liebing, VKU's Chief Executive Officer. Hydrogen will also play a role in this. For the transport and distribution of hydrogen, the existing transmission and distribution grid infrastructures should therefore be used wherever possible. /ck