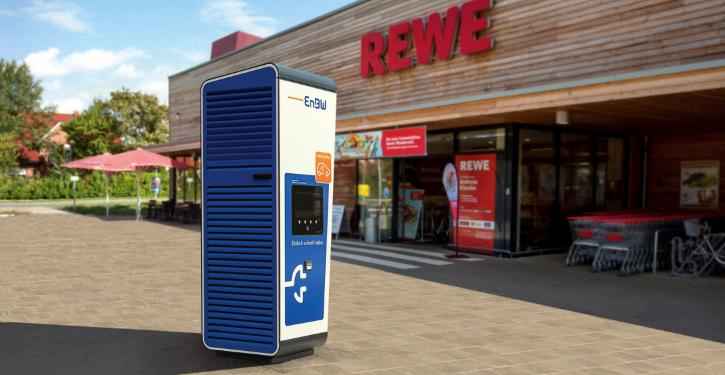 EnBW and Shell are planning outputs of up to 300 and 360 kW respectively. (Image: EnBW AG)
Cologne (energate) - Rewe Group is installing more charging points at its supermarkets. The company has commissioned the Shell and EnBW groups to build fast charging points at a total of 500 Rewe and Penny locations. Rewe Group already operates charging points for electric cars "at selected locations". When asked, a company spokesperson put the number of stores already equipped at 130. According to the company, the group owns a total of 6,000 grocery stores.