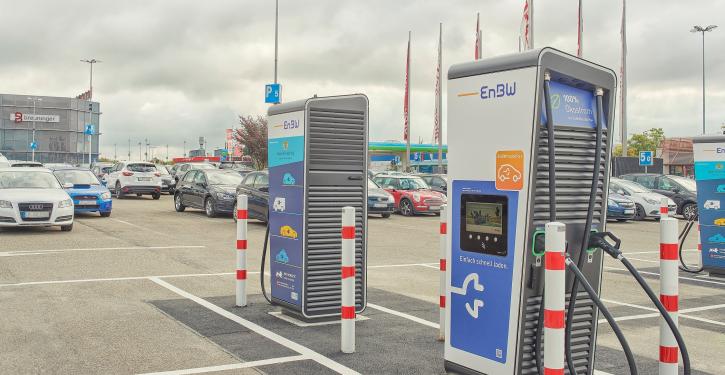 EnBW operates charging stations in more than 750 cities. (Image: EnBW AG)
Berlin (energate) - There are more than 2,000 operators of public charging stations across Germany, many of which only run one or two charging stations. This is according to the mobility market radar of the consulting company Team Consult, which is available to energate. While some companies concentrate on a few cities (for example the municipal utilities company Stadtwerke München on two cities), other operators offer charging points in many cities (for example EnBW in more than 750 cities). Nationwide, the big five operators have a market share of 22 per cent, which indicates a low market concentration. "This picture turns around when looking at regional markets. In many regions, there is a high market concentration, such as in Munich and Hamburg, where the resident municipal utilities have a market share beyond 80 per cent", Team Consult says. In order to avoid excessively high consumer prices in the long term, more competition will also be necessary regionally. The Federal Cartel Office recently called for more competition in the charging market (energate reported).