Hydrogen Council positions itself on sustainability 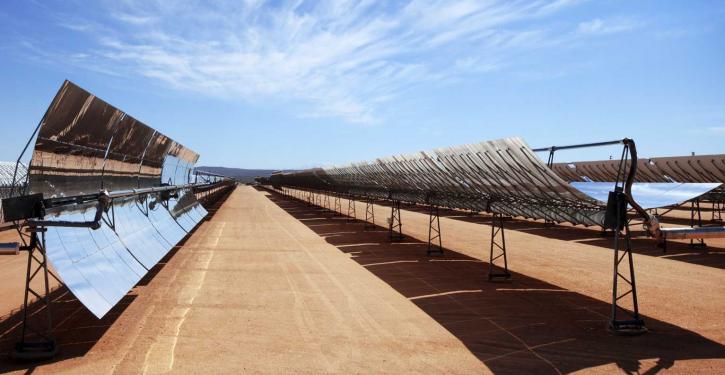 Solar energy in Africa lends itself to hydrogen production. (Image: istock/skodonnell)
Berlin (energate) - In the view of the National Hydrogen Council, sustainability criteria (NWR) are necessary for the development of an international hydrogen trade. On 29 October, the council adopted a recommendation for the German government. The eleven-page paper is entitled "Sustainability criteria for import projects of renewable hydrogen and PtX products" and is available to the editors.

The clear objective: hydrogen projects should not only serve the target countries, such as Germany or the EU, but also benefit the exporting countries, for example through the expansion of renewable energy capacities. Mistakes made by projects such as Desertec, which initially only aimed at exporting solar power from North Africa, should be avoided, the Hydrogen Council paper states. Projects must therefore explicitly contribute to achieving the United Nations' Sustainable Development Goals, such as access to affordable and clean energy, climate protection and access to clean water.


The paper considers both intergovernmental agreements and project-specific standards necessary. "For the import of hydrogen and its derivatives, a suitable certification system agreed in the EU is necessary and it is essential that this functions across borders," the paper says. The criteria for renewable hydrogen, as provided for in the new EU Renewable Energy Directive, would have to be included. An essential factor should be the additionality of electricity generation for hydrogen projects. Only additional renewable electricity would lead to fossil energy sources no longer being used on site. A direct coupling of renewable energy plants with electrolysis is to ensure system efficiency. In the view of the Hydrogen Council, further requirements for intergovernmental agreements include a contribution to local value creation, for example through a quota for local companies.

There should be end-to-end CO2 certification for concrete projects. "For funding to be granted, a positive climate impact must already have been demonstrated in a binding manner, and project certification must be completed within 12 to 24 months after commissioning," the paper states. There must also be an impact assessment before the start of the project. Funded projects must also contribute to overcoming energy poverty. Moreover, the local water supply must not be affected by electrolysis projects.


Environmental organisations are in favour of the position: The resolution is more than a finger pointing in the direction of the new federal government, explained Christiane Averbeck, Executive Director of Klima-Allianz Deutschland and member of the National Hydrogen Council. "The coalition agreement must offer a clear commitment to these sustainability criteria and a perspective for their implementation," she demanded. The resolution paper is published on the website of the Hydrogen Council. /kw